It.mk recently released its annual survey on the IT industry in North Macedonia, this time with 2019 in mind. The survey was held in February – March this year and an average of 1,000 developers took part. The full investigation can be found here.

The research showed a significant gender gap among developers: 80.96% men versus only 19.04% women. This corresponds to the distribution within Personal Programmer and which is generally a better figure than we are used to in – for example – The Netherlands. In recent years, the share of female programmers has increased sharply in North Macedonia. In terms of age, around 60% are 25-34 years old and most are in possession of a Bachelor’s degree. An interesting fact is that the number of professionals with only secondary education (9.46%) is about the same as the number of professionals with a master’s degree (10.75%). In education, 42.14% of developers hold a specific knowledge certificate, and 32.04% are actively looking for certification options.

The majority of respondents declare themselves as full-stack developers (38.82%), followed by back-end developers (18.47%).

Income based on experience

JavaScript is the most widely used technology for IT professionals in the country, with Java and C # in second and third position. The fourth and fifth positions are for HTML + CSS and .NET with PHP in sixth place. In terms of technology-based income, Java and C # are at the top with 1153 euros net, followed by .NET with 1125 euros net and Javascript with an average of 1090 euros net. 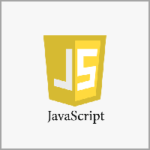 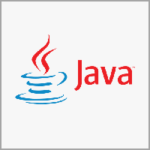 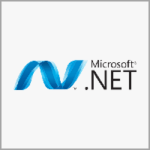 Where do the developers work?

Most developers in the country would like to increase their knowledge of Python, a trend that matches world trends (source: Stack Overflow Survey 2019). Unlike Python, JavaScript, TypeScript, Go, Java and PHP are also among the programming languages that Macedonian developers want to learn.

Obstacles in the recruitment process

During the recruitment process, developers are particularly troubled by the lack of information about a particular position and the long and slow interview process. The most important factor that they consider when choosing an employer is not the salary, but the ability to learn, grow, develop and improve their skills. In the workplace, developers are usually affected by the poor internal organization and they express their dissatisfaction mainly in direct discussions with managers. Most developers look for information about job openings on social media.
Within Personal Programmer we help our clients to prepare interesting vacancies. Your own vacancies are the guiding principle for recruiting people in North Macedonia, as they will work for you. Developers also see the salary process as an obstacle because it is not transparent, but with Personal Programmer, the client and the developer agree on the salary together. Completely transparent.

Hundreds of IT people are added to the IT market of North Macedonia every year and Personal Programmer is on top of it to make the best developers available for our clients.
Are you interested in hiring a developer from North Macedonia? Then contact us now to discuss the options.